Skip to content
Posted on December 9, 2015Author CBPAdmin No Comments on Welcome to the New Idea of an Old Lifestyle 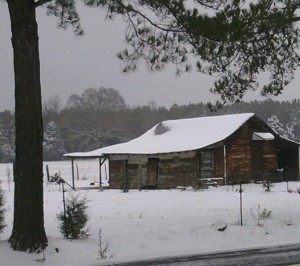 First off, welcome. Glad you’re here. Whether you are a dedicated decade’s long paleo/primal/ancestral person or if you are just stumbling onto the idea of moving away from the processed/prepared and packaged modern food system and life, I think you’ll find topics to interest you as this project grows.

What was the motivation for starting this project? Quite simply, need. Now let me expand. Many years ago, the fiance and I stumbled backward into the Paleo movement after trying a few different ways to change our eating habits. As the Paleo concept grew from simply eating to a way of life with us I realized how many of the concepts were completely interchangeable with the things people in my immediate vicinity ate and did less than a generation ago. My 87-year-old grandmother is the closest to eating Paleo or Primal of anyone in my family, yet she hasn’t changed. She still eats and cooks the same way she has her entire life. The things that she was forced to do by situation and location are the same things the Paleo community has discovered have a huge positive advantage on overall wellbeing. Things like eating every part of an animal, not just the muscle meat, using the bones for broth, eating things in season and canning and preserving left-overs, getting to a zero-waste environment where scraps are used either for stocks, broths, animal feed or compost for growing things, and letting the season and the day-light determine our daily rhythms.

I live in the exurbs between Atlanta and Chattanooga, in a county that has some of the worst health outcomes in the nation; low life expectancy, high soda consumption, extremely high rate of metabolic/cardiovascular diseases. Yet this is also a county that still has much non-industrial agriculture, this is a county that not 20 years ago did not have a single chain grocery store. In short this is a county that still collectively remembers the old ways. This is a county and an age where there is no shortage of people over 80 still going about their day to day business in perfect health, yet 3 out 4 people under 60 are obese and have some type of chronic health condition.

This is what this project hopes to do, to remind the people in rural communities all over the world that eating and being healthy can be as simple as simply going back to the foods, activities and ways of life of the people that came before you. Of going back to a time when every household had a kitchen garden, a time when almost every household raised some type of animal, a time when preserving and canning foods was a normal skill, not something that had to be learned from a book. A time when we had a closer relationship with our food and with our land.

People who live in urban and suburban environments face one set of problems. Rural communities have their own. Land in rural communities is cheap, by comparison, and there usually are less restrictive zoning and land use policies that would prohibit agricultural uses, as more developed communities face. Yet, as a whole rural Americans in general, have the worst health outcomes, consume the most fast and processed food, are more likely to die earlier, suffer more chronic diseases and generally have lower quality of life indexes. Now before it starts to sound like I am just another city boy who moved out to the country and thinks he knows all, let’s get this straight. After college and work in my late teen’s and early 20’s I moved back to the town I grew up in. Currently, I live in a house I built, on land that was once a cotton field, that my grandmother picked cotton on, before she married my grandfather, whose family had owned the land well over 125 years. Roots run deep around here. From the age I could walk I got tasked with helping in the garden plot that usually grew beans, corn, potatoes and various vegetables including tomatoes, okra, squash and greens. Laughingly I tell people I was 13 years old before I realized you could buy meat at the grocery store, I am only half joking when I say that. My immediate family didn’t raise any animals for food during my lifetime, but it seemed like everyone else did. My Dad, being a carpenter, was always working out some kind of a trade for half a cow or a pig. For some reason these trades always seemed to require us to transport said animal to the processors, we never owned a stock trailer… Let’s just say you haven’t lived until you have heard the front hoofs of a cow on the top of the cab of a ’64 Chevy truck as you are heading down the road and then you scramble out of the truck to see the damn cow positioned like a big ass dog sticking its head out the window on a Sunday stroll. Said cow was much easier to handle when we picked it up a week or two later in nice convenient 1-5 pound paper wrapped packages. Little did I know or understand that I grew up eating grass-fed beef and pastured pigs long before those words existed. The point I make is that it wasn’t just me, my experiences are not all that different from most of rural America.

However, there is a culture clash. Thanks to maybe Jane Fonda or maybe Jenny Craig, the idea of even paying attention to health or diet is a nonstarter, especially among dudes. Somehow pop culture would have you believe that eating in ways that is good for your body has to consist of a disgusting Kale smoothie, some reduced calorie/fat/sugar store bought amalgamation or some variation of chicken, rice and broccoli every day. What this project is going to bring to light is that the old ways of eating are healthier than anything we are eating now. The deer you shot this fall is going to go well with some simple winter vegetables out of the garden and is going to be cheaper, taste better and have you more full than anything you could have possibly picked up from a window on the way home. The long term advantage is that we are going to breathe life back into our rural communities. By rediscovering the old ways people will get healthier and they will live longer. So sit tight and realize that the things you thought you knew instinctively about health are probably closer to right than you know. The butter that was vilified for decades is in fact better for you than the margarine that is a chemical compound of 37 different ingredients. Good quality meat is a thousand times better and better for you than that Soy and Lentil vegetarian thing that is supposed to resemble a “burger.”

I’ll be adding stuff to this site as fast as I can, if you have any thoughts, ideas or concepts you would like me to try and tackle drop me a line. Although smoke signals and telegraph worked in the past, the most dependable way is to hit up the contact us page.

Until next time, keep it real and keep it rural.