Skip to content
Posted on February 5, 2016Author CBPAdmin No Comments on The Pig Comes on Saturday

The pig comes on Saturday.

Preparations are in full swing here at the Country Boy household. For the better part of a month, we have been making a point to use up most of the various animal pieces in our freezer. This has resulted in several epic bone broth brewing ultra-marathons, a few unique new recipes, a few that were utter failures and one amazing dinner of paleo fish tacos created during a snowstorm. We still have 10 lbs of shrimp leftover from our last Savannah trip and a few cuts that require days to prep, like beef tongue. Hopefully, though within the next few weeks, I’ll have some of those recipes up. For now, though, why you ask are we trying to actively eat our way through an entire freezer of meat? Simple, the pig comes on Saturday. Yes, a whole pig, or mostly a whole pig, packaged neatly in butchers paper and it is gonna take every inch of freezer space we have. 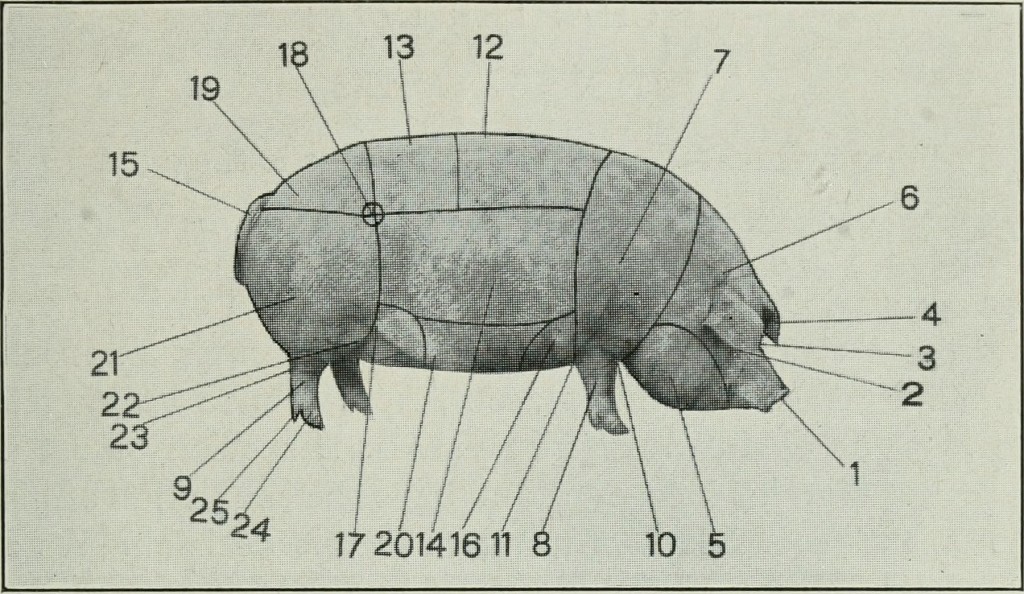 A whole pig. Yup, you read that right. Funny story of cycles and generations it is. The pig is coming from a farm I know quite well. A farm that for the first part of the 20th century was a working dairy farm and one of the first to use electric milking machines, it then morphed into a beef cattle ranch and eventually at the point in the 1990’s when it was cheaper to buy beef than it was dirt, the last meat animal left the farm. In the past several years the farm has seen a resurgence, a new generation has taken over and learning from the past they have developed a thriving young Cow-Calf operation and lately a pastured pork business. This farm is a couple of miles as the crow flies, from where I grew up and the family that operated it, both now and then were and are good friends of my family. I would even go so far as to say, at a time, I knew this farm almost as well as I knew my own woods. Later in life, when I was still running a construction company, I was honored to build a mammoth barn for them to replace one that had burned. I only say that to say that it is nice to have a connection with your food. Or soon to be food.

So the pig comes. We went whole hog on this one, so to speak and if my calculations are correct we should have just enough freezer space to accommodate the roughly 180 pounds of meat. I’m a native Georgian and as such, I like pork. Pork just makes me happy. A big beautiful slow smoked Shoulder or nice crispy Belly or homemade sausage, it doesn’t matter. What doesn’t make me happy is what I refer to as Industrial farming, such as the way almost all commodity pork is raised. (Here is a great segment from This American Life to introduce you to it.) It is unsustainable and personally, I think unhealthy for the animals and, well I would rather eat healthy animals. Just kind of a personal preference. One could go into a long diatribe regarding animal health and humane slaughter and reference everyone from Dr. Temple Grandin to Will Harris to Loren Cordain, however, I will not. I just prefer animals to be able to behave as animals do and eat as they naturally would, or as close to as possible. That being said, our pig will be pastured and basically a cross of a cross breed, no Blue Ribbon winning Managelese here. It will also have been fed feed to supplement. Personally, I would prefer not to have had the feed out done with feed, but it is still miles better than Industrial pig in all respects. Change comes slow but the more local a market local agriculture can find, the more chance we have of having an impact on changing the ways things are done. For the time being local and pastured trump organic/100% wild fed/trucked in my world.

So the pig comes on Saturday. Standby for further adventures

Keep it real and keep it rural,